The Emergence of 6G Technology: What it is and How it Works

In its nature, technology is constantly pushing forward and striving for improvements, so it should come as no surprise that the telecommunications industry is already looking for the next best thing. As 5G networks are being deployed globally, technology companies are already planning for 6G implementation. While many users are still familiarizing themselves with 5G, researchers and telecommunications leaders are hard at work on its successor.

Sixth-generation wireless, or 6G, is already in the works, and its goal is faster speeds, higher capacity, and near-zero latency. The technology aims for data rates of 1 TB/s (5G is only 20 GB/s), with reports that researchers in China have already achieved over 200 GB/s in a lab setting.

6G is also expected to have 50 to 100 times the capacity of 5G networks. Where 5G can support about 1 million devices per square kilometer, 6G is expected to support 10 million.

With 6G implementation, latency is expected to be close to zero — a level sometimes referred to as air latency. Typical users will experience incredibly fast speeds with near-zero wait times in everyday performance.

However, performance is not the only factor that differentiates 6G. It is also expected to make breakthroughs in technologies such as imaging, IoT (Internet of Things), presence technology, location awareness, and network ecosystems, all coupled with advancing AI (Artificial Intelligence).

Just as 5G experienced a slow rollout, 6G will also face obstacles, such as debates in frequency bands and the purchase of spectrum licenses. Global industry standards and regulatory policies will be a challenge, combining the complexities of technology with geopolitical tensions.

Physical infrastructure, such as antenna towers to build and coordinate, and the potential need for space-earth integration is yet another challenge. Softbank, for example, has identified the need for NTN (Non-Terrestrial Network) solutions using low earth orbit and geosynchronous earth-orbiting satellites to achieve 100% coverage.

Evolving cybersecurity threats are expected, which must be addressed as new vulnerabilities are uncovered. Mitigation efforts will undoubtedly leverage more advanced encryption capabilities and the potential for international cybersecurity standards. Effective research and development will start as companies, and stakeholders begin to understand where 5G fails — a process that will take time.

How 6G Will Work

While it is yet to be determined how, exactly, 6G will be faster, one can safely assume that it will involve ultra-high frequencies (millimeter waves) of the radio spectrum. Keep in mind that 5G’s bandwidth capacity uses high radio frequencies, and the higher up on the radio spectrum, the more data can be carried. 6G might eventually approach the upper limits of the radio spectrum and reach extremely high-frequency levels of 300 GHz, or even terahertz ranges. 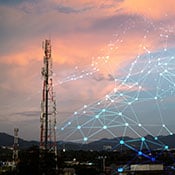 There are other significant differences from 5G. For example, an article on 6G from E&T magazine discussed 6G moving beyond a wired network in which devices are acting as antennas using a decentralized network approach that would not be under the control of a single network operator. 6G is also expected to provide much higher reliability, likely through advanced network redundancy and more fault-resistant topologies.

An Uncertain Future for 6G Implementation

While engineers are already working on 6G networks, the technology for implementation is still far from full development. Experts predict a launch date around 2030, although countries in Asia might experience 6G sooner. It is certainly not uncommon for new technology to be initiated a decade before it matures enough for release.