PEI-Genesis: History of a Family Company - Part I

As we celebrate 75 years of business, we look back at the beginning of our company, and its founders, Bernie Bernbaum and Murray Fisher. To commemorate the history of PEI-Genesis, we’ll be covering our company’s rich history in a two-chapter series dating back to its origins in 1946. In the first chapter, we begin with the foundation of our company and the pivotal acquisitions that contributed to its overall growth.

Murray was born in 1911 in Scranton, Pennsylvania, while Bernie was born in 1914 and received a master’s degree in electrical engineering by 1934. The two met in Bronx, New York, and became lifelong friends. They shared not only a friendship but an interest in the emerging technology of electronics that went on to shape both their lives and the lives of thousands of people who have worked for the company they established 75 years ago.

The two partners formed their first business, NEO Radio, in 1930. They established this business to repair radios which were the primary means of communication at the time. This business gave the two friends their first taste of being partners in an electronic-based enterprise. 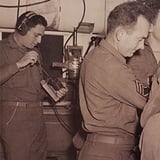 When World War II arrived, Murray served in the United States Army as a sergeant and radio repair specialist. Bernie had a defense job that required him to move to Philadelphia, Pennsylvania, where he worked as an engineer for Philco Radio at the Philadelphia Naval Shipyard. By this time, Bernie had his electrical engineering degree, and this technical expertise would be crucial to the partnership that Murray and Bernie would form after the war ended.

After Murray was discharged from the US Army, the two men reunited again in Philadelphia and decided to use their love of electronics to form a partnership and take advantage of the demand after the war by purchasing surplus components from the Army. At this time, tubes and test equipment were in short supply, and most major cities, including Philadelphia and New York, had an area referred to as “Radio Row,” an urban district specializing in the sale of radio and electronic equipment.

In 1946, the partners purchased a small company known as Lectronic Research Laboratories. LRL, as it was known, specialized as a wholesale and warehouse business for vacuum tubes and test equipment. They also started Lectronic Distributors to serve as their storefront to sell directly to engineers on Radio Row in Philadelphia.

Murray’s wife, Millie, played an integral role in the business. She typed and organized the first catalog of tubes and electronic equipment that LRL offered to their customers. This catalog and others like it became a marketing device to customers around the world who wanted a source for hard-to-find tubes and test equipment. 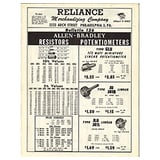 In 1948 they bought a small company called Reliance Merchandizing, specializing in resistors and capacitors. It was through multiple acquisitions and product expansion that the products they sold were the leading-edge technology of the time, which allowed them to achieve both national and local sales.

Beginning in 1961, PEI-Genesis entered a new phase of development. Murray and Bernie acquired Philadelphia Electronics, Inc., a distributor that sold all types of electronic components, including connectors from ITT Cannon. This is where the “PEI” in “PEI-Genesis” originated.

By acquiring Philadelphia Electronics Inc., the partners were now able to source components directly from manufacturers such as ITT Cannon and Amphenol. It also meant that the company could more easily sell to traditional Original Equipment Manufacturers (OEM’s). At this point, PEI-Genesis provided a source of components for all kinds of customers, primarily in the Mid-Atlantic United States, serving customers in Pennsylvania, New Jersey, and Delaware.

In 1977, PEI’s relationship with ITT Cannon was upgraded to a full value-added distributor. This was truly the beginning of the next phase of the company as a connector specialist. PEI became better at the art of connectors in terms of assembly, product knowledge, inventory, and identity in the marketplace. 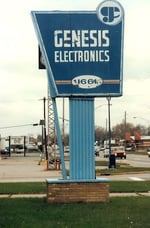 Be on the lookout for our next blog post on October 14th, where we’ll uncover the remainder of our company's rich 75 year history up to modern day!

A Look at the Common Military Connector Standards

Electrical connectors are commonly used for military and defense operations worldwide. They can include v...
PEI-Genesis 1/13/22 9:45 AM

What to Consider When Selecting an Electric Vehicle Connector

As sales for electric vehicles (EVs) continue to dramatically grow (due to a combination of policy suppor...
PEI-Genesis 12/16/21 9:45 AM

Rapidly changing market requirements combined with consumers who have grown accustomed to extensive custo...
PEI-Genesis 12/2/21 9:45 AM