Meet Soula Dimoliapis- a thirteen-year member of the PEI-Genesis family. As Canadian Regional Sales Manager, Soula overlooks all of PEI's Canadian employees while serving as a Territory Development Representative.

Soula explains that it is essential to understand Canada is different from North America. "The customers are different. Their thought process is different." Soula believes this perspective must be considered when speaking with customers to support the growth of Canada and PEI's Canadian market.

Soula's journey began right after graduation. She attended university to obtain two bachelor's degrees: one in Economics and one in Business Studies. "I wanted to get every aspect of what business is like from start to finish," she said.

Months later, Soula started her career in the sales department at Future Electronics, making cold calls daily. This did not last very long because "it wasn't for me," she says. Six months into the job, Soula approached her supervisor to take her out of this position.

She transferred to the Product Marketing Department, where she spent five years learning and advertising electro-mechanical components. From here, she went to work at Electro-Sonic, a Canadian distributor, to work in Inside Sales and then Outside Sales.

Fast forward 13 years, Soula was approached by an old colleague, recruiting her to join PEI-Genesis. After spending over a decade with Electro-Sonic, this was a big decision for Soula. She shares some insight into her thought process during this time.

"At first, I was hesitant because I worked for Electro-Sonic for 13 years. But it was a huge plus to hear that PEI is a privately-owned business, just like the other companies I've worked for. Also, I was able to work from home. This played a big role in my decision-making because of my family."

At this time, Soula’s two kids were young, and not having to rush out every day and go to an office made this decision easier.

Soula first joined the Canadian Team as an Outside Sales Representative, covering Quebec into Ottawa and then the Maritimes. This new venture was exciting for Soula. She could build new relationships with customers while maintaining her existing ones to a certain extent. 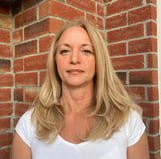 Although she was thrilled to start a new chapter, the biggest challenge for Soula was not being able to serve some of her previous customers because PEI-Genesis is not a broad-line distributor, selling only custom engineered connectors and cable solutions. This meant that Soula had to let go of some of those customers.

"Over the years, you pass the working relationship, and it almost becomes a friendship to some extent," she shares.

Although Soula could not help at the time, her older customers have come back to her as their jobs have changed, and they are now looking for interconnect solutions.

After a few years as a Sales Representative, Soula had been approached by a PEI leader who offered her a new position leading the Canada Sales Team. Although this was very exciting for Soula, she was not ready to travel regularly and leave her family frequently.

This offer came back to her two more times before she accepted. Once her children grew older, Soula was ready to take on this new opportunity to oversee all of PEI's Canada team.

"My priority is to make sure my customer gets what they are looking for."

Soula believes that honesty is at the root of building customer relationships. "I never backpedal from what I had said, and I always follow through," she said confidently.

Soula consistently broadcasts to her team: "Don't make empty promises. Being honest with someone even if they don't like the answer you give them is the best answer to give to somebody."

As a customer-oriented individual, Soula enjoys talking with customers and building the trust needed to form strong relationships. It excites her to communicate, work with customers regularly, set goals, and achieve them.

Soula is proud to represent all of PEI's Canada Team. She continued:

"PEI is one of those most honest, fairest companies I've worked for. I can speak freely and have an opinion where people will listen and consider [my words]. I can honestly say I am happy to work for PEI-Genesis because of the people that are behind it and, most importantly, the leadership behind it that makes everyone feel comfortable and feel like this is where they want to be and this is where they want to work."

Soula is greatly influenced and inspired by successful, empowering women "who have worked their way up a ladder, where people would've never expected a woman to be." She explains that she worked her way to success, like many women must do, despite many obstacles.

She states, "The electronics industry is very male-dominating. Being at the level of so many men is a huge accomplishment for me."

Soula's advice for her younger self is the same advice she gives to her kids:

Outside of work life, Soula enjoys reading books and gardening. As her two children are off to university, she has more free time to find new things to do by herself and with her husband. "I don't need a lot. I just like simple," she explains.

Since Soula's family is from Greece, she has been there many times. However, no matter how often she has been there, Greece is the place that Soula would love to travel to regularly. In the future, she plans to sit side by side with her sister in rocking chairs overlooking the Mediterranean Sea.