Meet Cristina Camisa- a thirteen-year member of the PEI-Genesis family. As the Inside Sales Manager of Italy, Cristina directly oversees a team of four PEI members. In addition to her managerial role, Cristina played a huge part in opening the branch in Italy in December 2009, allowing her to head the Italian office consisting of 15 people.

Cristina’s journey did not start at PEI-Genesis; instead, she began her career with one of our suppliers, ITT Cannon, where she worked for 22 years in the Pricing Department and then in the Sales Department to become an assistant to the Distributor Manager. 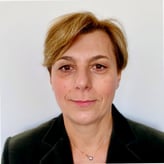 One day a PEI member reached out to Cristina, asking her to join the team and help open the Italian branch. Once she accepted, there was a period of heavy transition for Cristina. After over two decades with a connector manufacturer, she had to switch her mindset to distributor-focused. This meant developing relationships with suppliers and learning new systems. With this new opportunity, “it was a bit challenging to adjust and learn differently,” Cristina explains.

However, with the help of her colleagues, it did not take her long to adapt. Cristina came to PEI-Genesis's Southampton office located in the United Kingdom for a three-week training, where she immediately felt welcomed. “I had a good feeling with all the team…it felt like a family.”

Cristina enjoys building relationships with customers. “I like the fact that I’m in the position to help someone. If they call me, they expect assistance, and I can do that for them,” says Cristina.

Thirty-five years in the electronics industry, the most intriguing aspect of connectors remains the same: “Connectors are everywhere,” says Cristina, "They help make our lives easier every single day with new technological advancements."

Through years of experience, many mentors, and training, Cristina became a connector expert, allowing her to help any customer or colleague who comes her way. Although she never had one singular mentor throughout her life, she considers herself to have had many mentors through different experiences. She took their advice and learned different skills from each of whom she had crossed paths with. Whether that be her parents, teachers, or colleagues, Cristina has always taken pieces from each of them.

Her one piece of advice to her colleagues, customers, or readers would be as follows:

“Go outside your comfort zone and be brave.”

With this advice in mind, more doors will open with endless growth opportunities.

Being that the family culture was a big part of Cristina’s decision to join PEI, family is very important to her. She has three children and a husband, which she considers her greatest achievement. Cristina enjoys travel in Italy because there is a lot to see. “Each region has a specific beauty,” she shares. “Each year, we try to travel to a different part of Italy to experience all that each region offers.” One day Cristina hopes to travel the U.S. coast to coast, visit the deserts in the Middle East, and ride horses on the beach. 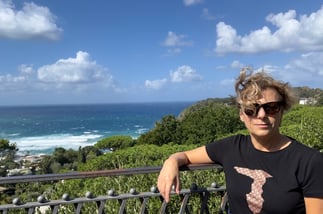 Her free time consists of countryside walks, cycling, and cinema. You can catch her watching anything except fantasy and horror!

PEI-Genesis is constantly expanding its portfolio to provide additional interconnect solutions for custom...
PEI-Genesis 12/1/22 9:45 AM

D-Sub connectors are arguably the most versatile interconnect used around the world, and their Mil-Spec v...
PEI-Genesis 11/17/22 9:45 AM

Meet Cristina Camisa- a thirteen-year member of the PEI-Genesis family. As the Inside Sales Manager of It...
PEI-Genesis 11/3/22 9:45 AM