Meet Andrew Thomas- a three-and-a-half-year member of the PEI-Genesis family. As Director of Global Business Intelligence and Analytics, Andrew builds reports for the organization from a centralized data source and delivers the information via various tools such as Tableau, the web, and Excel. This provides insights to several departments across PEI to make informed business decisions.

Before Andrew joined the company, there was no Business Intelligence and Analytics department. He explains, “In 2018, I was brought in to modernize things a bit. We needed to create 'one-truth' with the data being distributed all over the organization. I then integrated Tableau to help people visualize the data so that we can take a more sophisticated approach in the way we make decisions.” 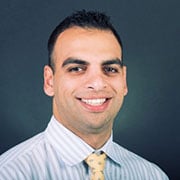 Within months, Andrew created a centralized entity within the company with PEI Reports. Within the first year, the analytics space was created, which brought in the company’s data used in reporting. All the reports used around the company at the time had different sources, logic, filters. It was like the “Wild West.” The reports now come from a centralized source using the analytics SQL server, which essentially archives, manages, and stores the data from PEI’s system. Based on this information, Andrew builds further reports to obtain information that can be distributed throughout the company. He explains, “This new system saves an immense amount of time and manual labor because we have built and programmed reports to run unmanned with logic that has been agreed on by the business stakeholders.”

Andrew has always had an interest in technology and fixing things. Since he was young, he has always found it interesting to tinker with things in his house and create something. He learned from his father the enjoyment of working with wood, electric, plumbing; all the fun stuff to do around the house. These types of interests led him to study SQL in his free time by researching independently and learning from others.

Andrew’s professional career in analytics and technology did not begin here at PEI. He acquired knowledge and experience while working predominantly at large corporations for over a decade. Before all that, Andrew attended Saint Joseph’s University,  where he was a scholarship athlete as a sprinter on the track & field team. After college, he continued his running career for a few years while gaining real-life work experience. It was not long until he decided to further his education and acquire his MBA. After one year as a full-time employee and student, Andrew obtained his second degree. This led him to pursue a career in analytics and begin working in a field he really enjoyed.

To Andrew, the most intriguing aspect of connectors is how widely used they are around the world. He exclaims, “It’s probably one of the most taken-for-granted things that we experience every single day that you just don’t think about.” Coming from a family of pilots, Andrew has always known that those large aircraft are loaded with various types of connectors. The electronics industry is only growing as we see every day with the new advances in technology.

Andrew has fallen in love with PEI’s culture since he started. He feels that the people and environment are very welcoming and personable. “You have a voice that wants to be heard and people that care about you. This is an environment you can thrive in and influence others.” He believes that everyone has potential that might not have been exposed yet, but working closely with others, this “talent” is forced to come out. The collaborative effort is a key driver that makes him excited every day.

Andrew enjoys that his job is very innovative; no day is the same. He loves to break down what may be conceived as “complicated or hard to understand” and explain it in a way that is more conducive to one’s learning style. One of the biggest challenges is talking through a problem to get a solution. He explains, “people don’t know what they don’t know. What they’re asking for might not be able to provide the solution that they need.” Therefore, there is a lot of communication back and forth to retrieve the information from a person needed to solve their problem.

The Business Intelligence and Analytics Department has exciting plans for the future of PEI. Andrew is looking forward to applying his knowledge to the next project: statistical modeling and predictive analytics.

Andrew is always up for a challenge. He is constantly looking for the next opportunity to learn and grow. Today, he continues his studies at Syracuse University, where he is working toward a master’s degree in data science.

Outside of the office and classroom, he enjoys running, playing tennis, gourmet cooking, working around the house, and watching movies. When asked what his greatest achievement is, Andrew states, “it’s being a dad.” He has three kids with his high school sweetheart.

In the future, Andrew hopes to travel. The first stop on his itinerary is Austria to see the beautiful mountains and lakes. On the other end of his bucket list, he wishes to finally finish his private pilot’s license to pay tribute to his father’s love for flying. The most significant piece of advice that Andrew shares is “be ambitious but remember to be patient.”