Clinton never thought he would end up in the electronics industry, nevertheless connectors and cables. Prior to working at PEI-Genesis, he went to school at Crestwood Community College for Business and Enterprise, then proceeded to study Sports Science. While training to become a Personal Trainer, Clinton worked as a Sales Assistant at Coral Haven Wholesale where he would clean and feed exotic coral and fish. Eventually, Clinton felt the fitness industry was difficult, and 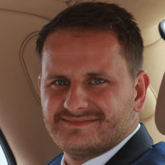 he wanted something more permanent. Clinton notes, “I was fortunate enough to find PEI-Genesis and have never looked back since.”

Clinton maintains that PEI-Genesis’s history, core ICARE values,
and respect amongst its employees were the main draws to his joining
the company. What he liked most about PEI-Genesis is the company’s people first vision and its mission to do the right thing.

As UK Production Supervisor, Clinton manages over 60 employees. He likes to be hands-on, working alongside his team members on the production floor while guiding and motivating them toward their goals for the day. Clinton’s main responsibilities include maintaining high facility promise dates, fulfilling and responding to general inquiries and requests, and expediting urgent work orders to ensure PEI-Genesis delivers products on time to customers.

Throughout his time in the industry, one of the more trying challenges Clinton has had to face was navigating through the COVID-19 pandemic. “We pulled through the pandemic as a family at PEI-Genesis. The thought we have going forward is if we can get through this, we can get through anything.” Clinton continued, explaining there is great excitement around the future and moving on from the pandemic. He believes each member of the production team should be proud of 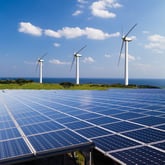 themselves, and he is especially proud to supervise so many wonderful individuals.

Looking forward, Clinton believes the electronic vehicle trend is here
to stay and will result in long-term demand for EV charging points and connector solutions. Additionally, he thinks the electronics industry
will pivot into a more environmentally friendly direction, resulting in
more ‘going green’ projects like solar technology and wind turbines.

Beyond the day to day operations of PEI-Genesis’s UK production facility, Clinton has many hobbies including playing soccer, watching cheesy television like ‘Married at First Sight’ and taking his wife and daughter out for sightseeing and walks. When traveling, his preferred destination is his wife’s home country in Romania, citing the weather, cuisine, history, and beautiful scenery as the main allure to the area.

Clinton notes the birth of his daughter and marrying his wife as his greatest personal achievements. Professionally, he is proudest of his progression within PEI-Genesis.

To end, when asked what advice he would give his younger self, Clinton stated, “Everything happens for a reason. Also, it is important to make the most of the experiences you have in life, as time passes so quickly you need to appreciate the little things and be the best person you can be throughout your life.”