Reliability and durability are critical requirements for any electrical connector used in day-to-day military operations. Whether they are utilized in military ground vehicles or essential aircraft, these connectors must withstand the extreme environments that come with any military application. With safety being of utmost importance, heavy-duty military specifications have been implemented to ensure reliable operations at all times, no matter the conditions.

MIL-DTL-5015 is one such circular connector specification, which can be traced back to the 1930s. Both the specification and the technology behind these Mil-Spec connectors have significantly evolved since that time, making them useful in applications beyond just military and aerospace.

The History of the MIL-DTL-5015 Specification 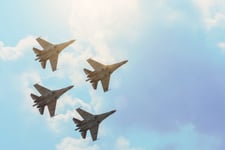 In the 1930s, Cannon (now known as ITT Interconnect Solutions) was contracted by Douglas Aircraft to develop a circular connector for use in DC-1 Aircraft. The specification for this military/aerospace connector was initially released as the AN9534 standard in 1939. It was superseded two years later by AN-W-C-591, which was used with various revisions for the duration of World War II.

Military leaders during World War II were heavily dependent on airpower, leading to the establishment of the U.S. Air Force as a separate branch of the military. With that branch came an entirely new set of connector requirements, but it wasn’t until 1949 that AN-W-C-591 became MIL-C-5015. The MIL-C-5015 was the first coordinated connector specification approved for use by the Army, Navy, and Air Force.

MIL-C-5015 covered power connectors, but its two drawbacks were that approved connectors were only available with solder contacts, and it did not initially include environmental sealing. However, several notable revisions over the next 40 years introduced moisture-resistance, unified accessory threaded configurations, and a rear-release crimp version.

In 1994, MIL-C-5015 became known as MIL-DTL-5015. However, in 2009, the general United States Department of Defense superseded it by SAE-AS5015 to reduce the number of military standards. Although the MIL-DTL-5015 standard is no longer in use officially, there exists a family of connectors referred to as MIL-DTL-5015 connectors by manufacturers, distributors, and industry users alike. These Mil-Spec connectors are best described as heavy-duty circular connectors with soldered or crimped contacts. 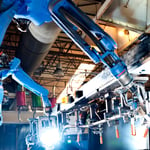 Mil-Spec 5015 connectors remain popular because of their versatility, reliability, and cost-effectiveness. Since their origin, many other manufacturers besides ITT Cannon have created circular connectors based on MIL-DTL-5015, including Amphenol and Conesys.

Several features make MIL-DTL-5015 connectors an excellent choice for a variety of applications:

These circular connectors are also available in many layouts compatible with different types and numbers of contacts that can allow both power and signals to be transmitted through a single connector. Both military-qualified and commercial equivalents are available in threaded or bayonet coupling styles and front and rear-release models.

PEI-Genesis: Your Source for MIL-DTL-5015 Connectors